15 Trees You Should Never Grow in Your Yard 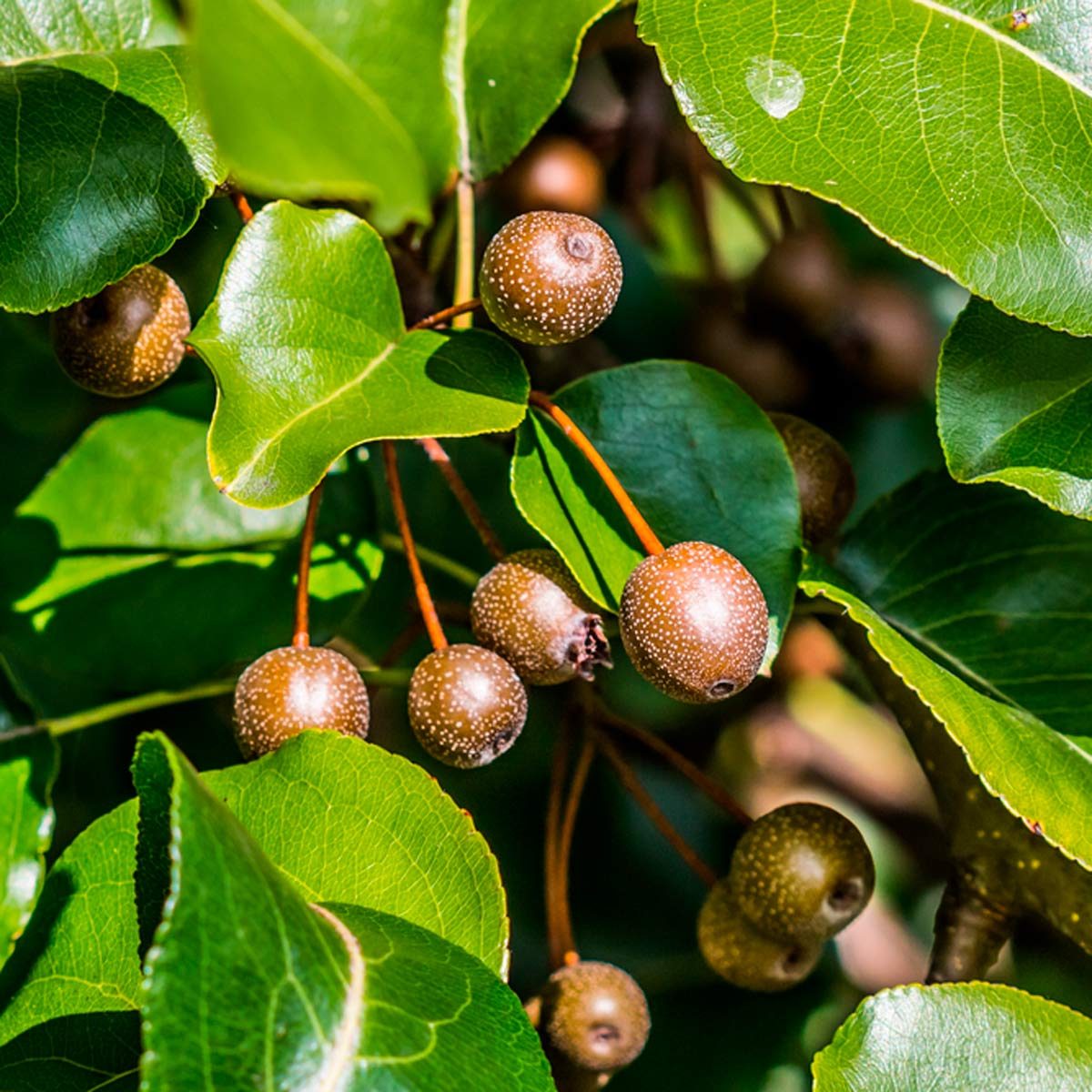 Callery pear (Pyrus calleryana) has beautiful white flowers in spring and burgundy foliage in fall. Problem is, the branching structure is inherently weak, causing all sorts of storm damage in areas with wind, snow or ice. Also, callery pear and its most common cultivar ‘Bradford’ are considered invasive trees in many states. Here are some great space-saving trees for today’s home landscapes. 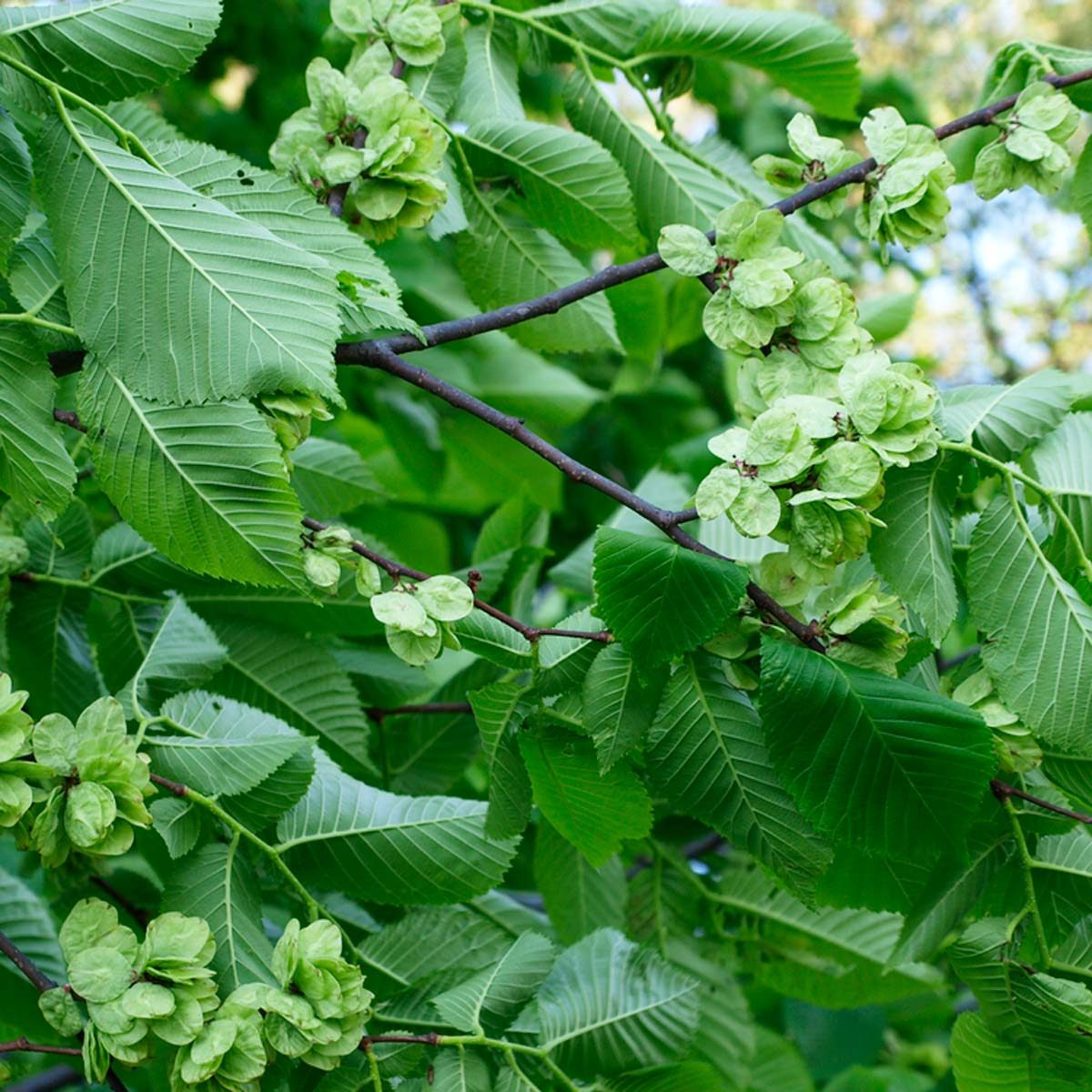 Siberian elm (Ulmus pumila) is a fast-growing, aggressive tree that tolerates all kinds of difficult growing conditions. But it’s messy, seeds itself all over the place, and frankly isn’t the most attractive tree. Siberian elm is also weak-wooded and prone to storm and ice damage. 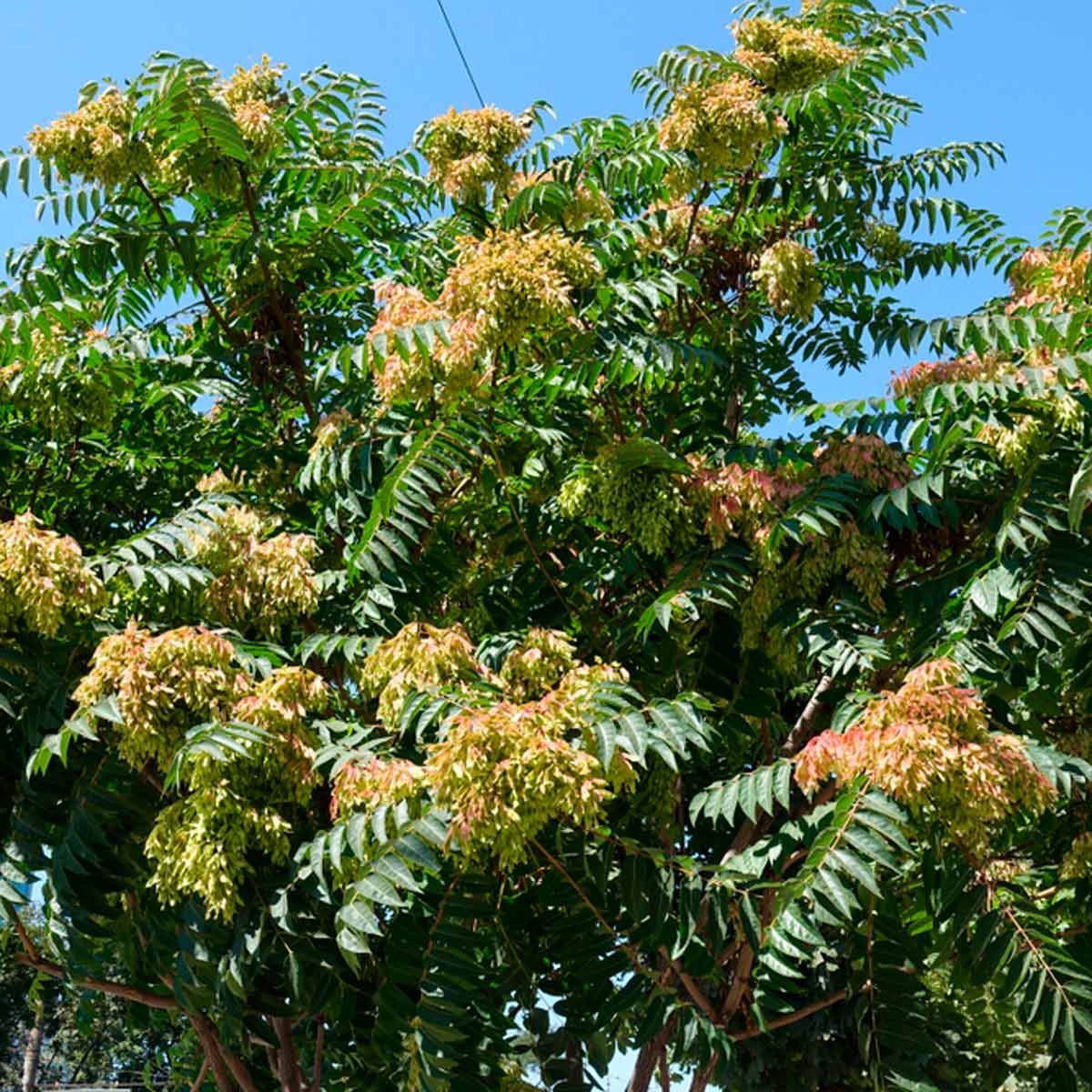 Tree of heaven (Ailanthus altissima) is the famous “tree that grows in Brooklyn.” It is an imported pest that is dirty, messy, invasive and just not suited to home landscapes. It seeds itself all around and, worse, it gives off a chemical to kill competing vegetation, making it difficult to landscape around. 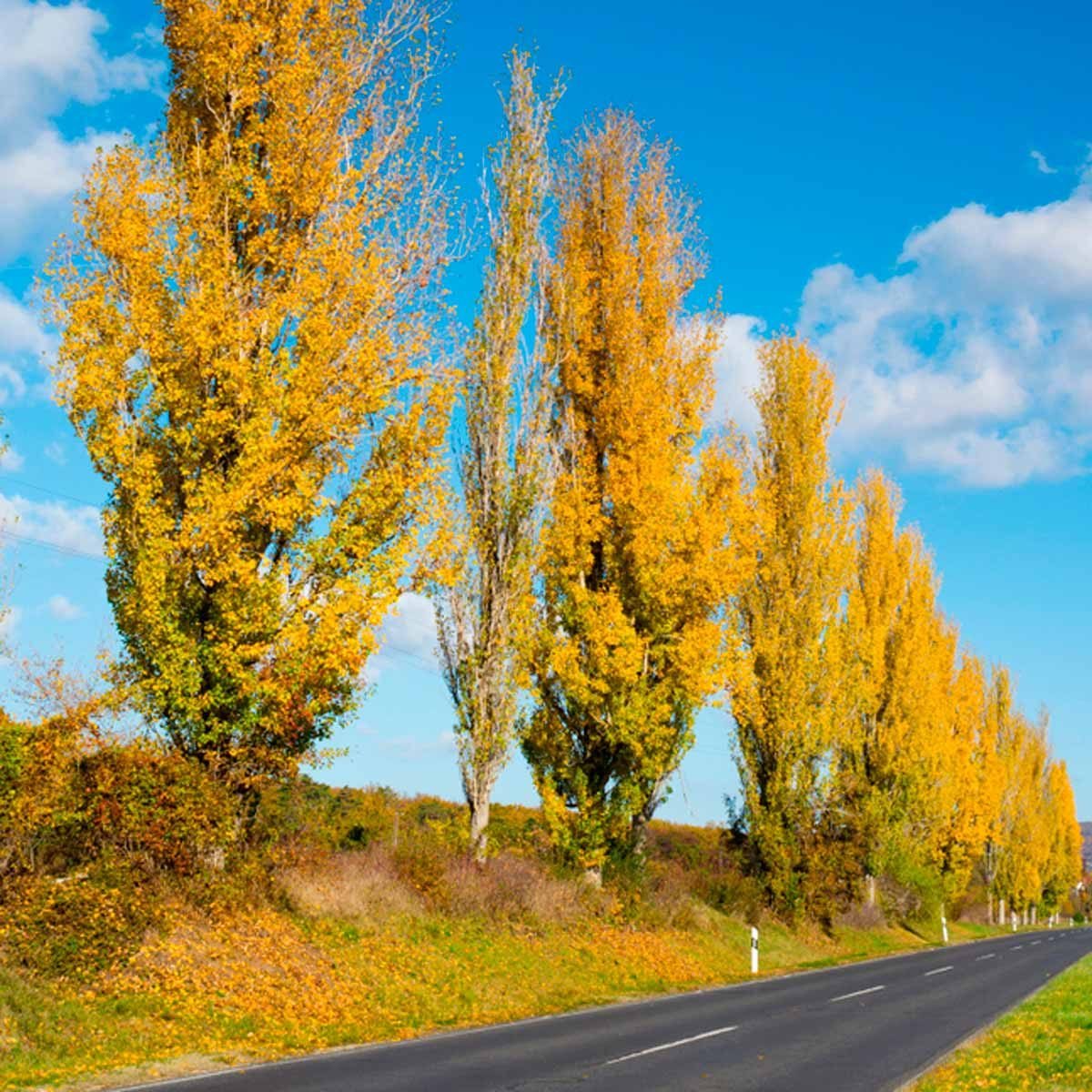 Lombardy poplar (Populus nigra) was once beloved as a quick-growing screen tree. Growing 4 to 5 feet a year—in an upright shape that fit many backyards—it was the perfect tree. Until it wasn’t. Homeowners quickly found out that the Lombardy poplar had a limited shelf life of about 15 years, thanks to an all-too-common canker disease. 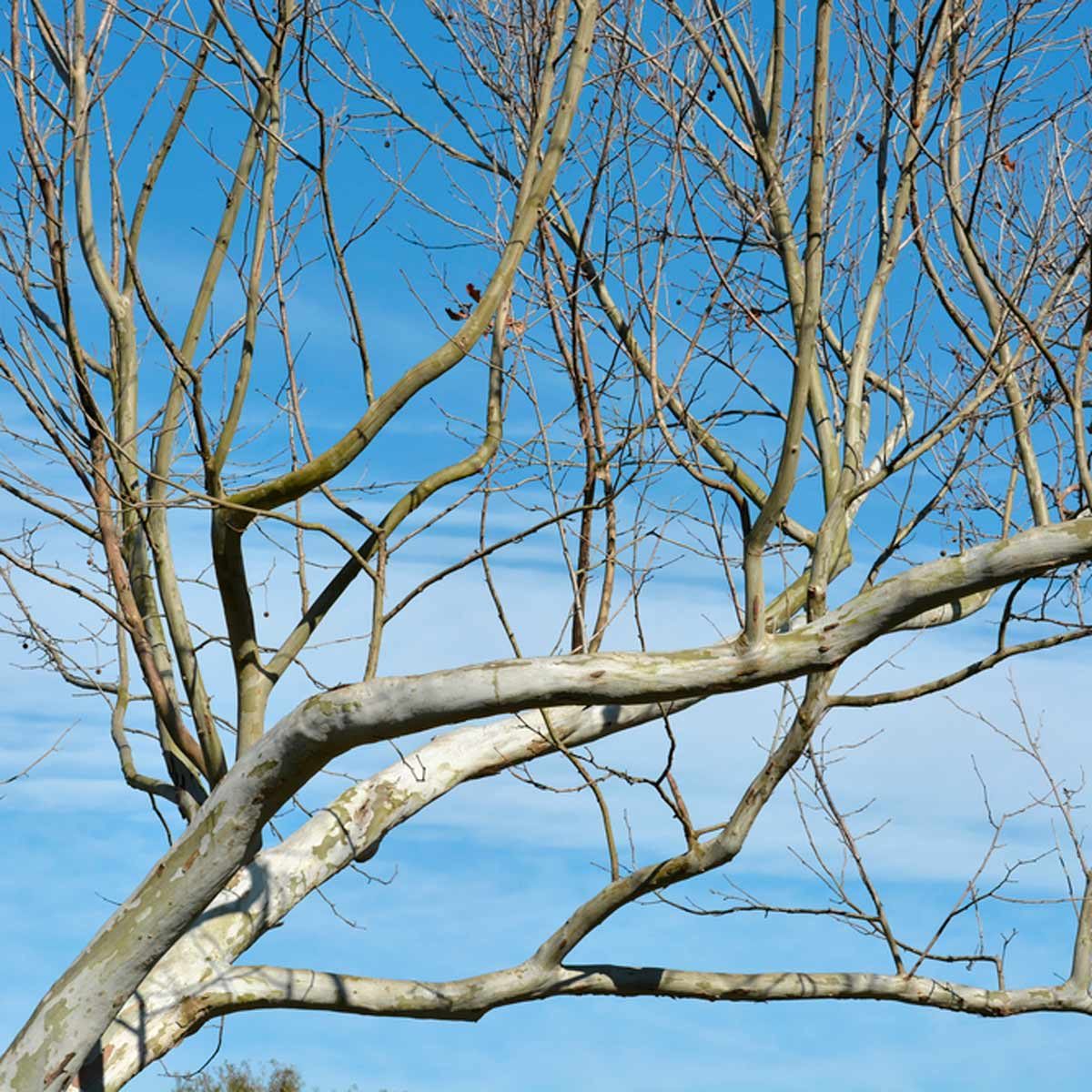 Silver maple (Acer saccharinum) is the ugly duckling of the maple family. While some manage to put out a bit of fall color, the show pales in comparison to the superior sugar, black and Japanese maples. A rapid grower, silver maple tends to develop multiple trunks. As a weak-wooded tree, these trunks can cause problems as the tree matures. And the silver maple tree is messy, shallow rooted and seeds itself everywhere. If you’re going to plant one of the good maples, here are some tips for trouble-free tree planting.

Weeping willow (Salix babylonica) is a beautiful tree when seen along the shoreline. But it’s much too big and messy for the typical home landscape. Add in the fact that the roots go everywhere in search of water (particularly problematic near septic systems and sewer pipes), and you can see why this one needs to stay by the water—and away from your yard. 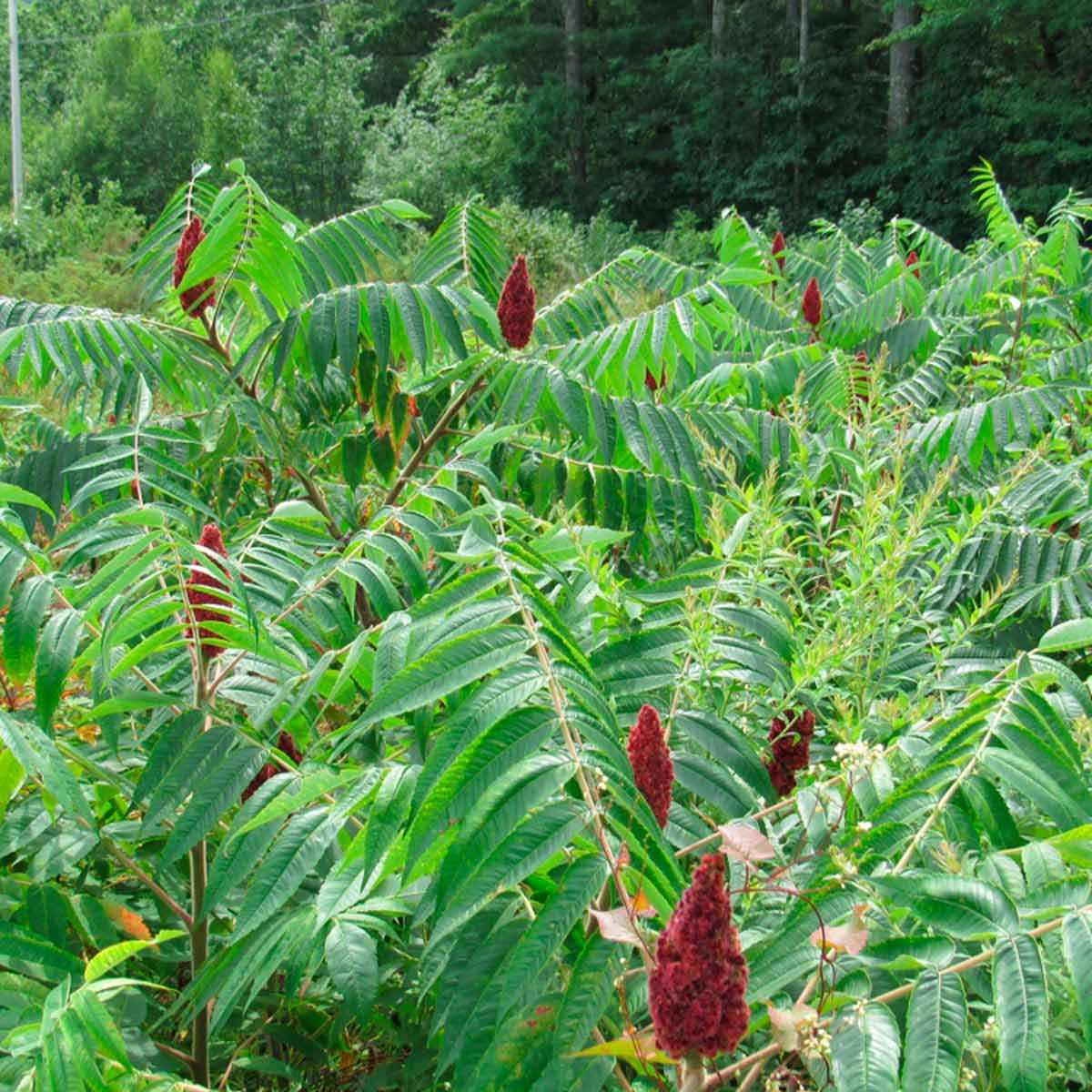 Staghorn sumac (Rhus typhina) is a relative of poison ivy and causes allergic skin reactions in many (but not all) people. It is quite attractive in fall, when it turns color, but its roots keep popping up new sprouts, so before you know it, you’ve got a colony of staghorn sumacs giving your skin the willies. 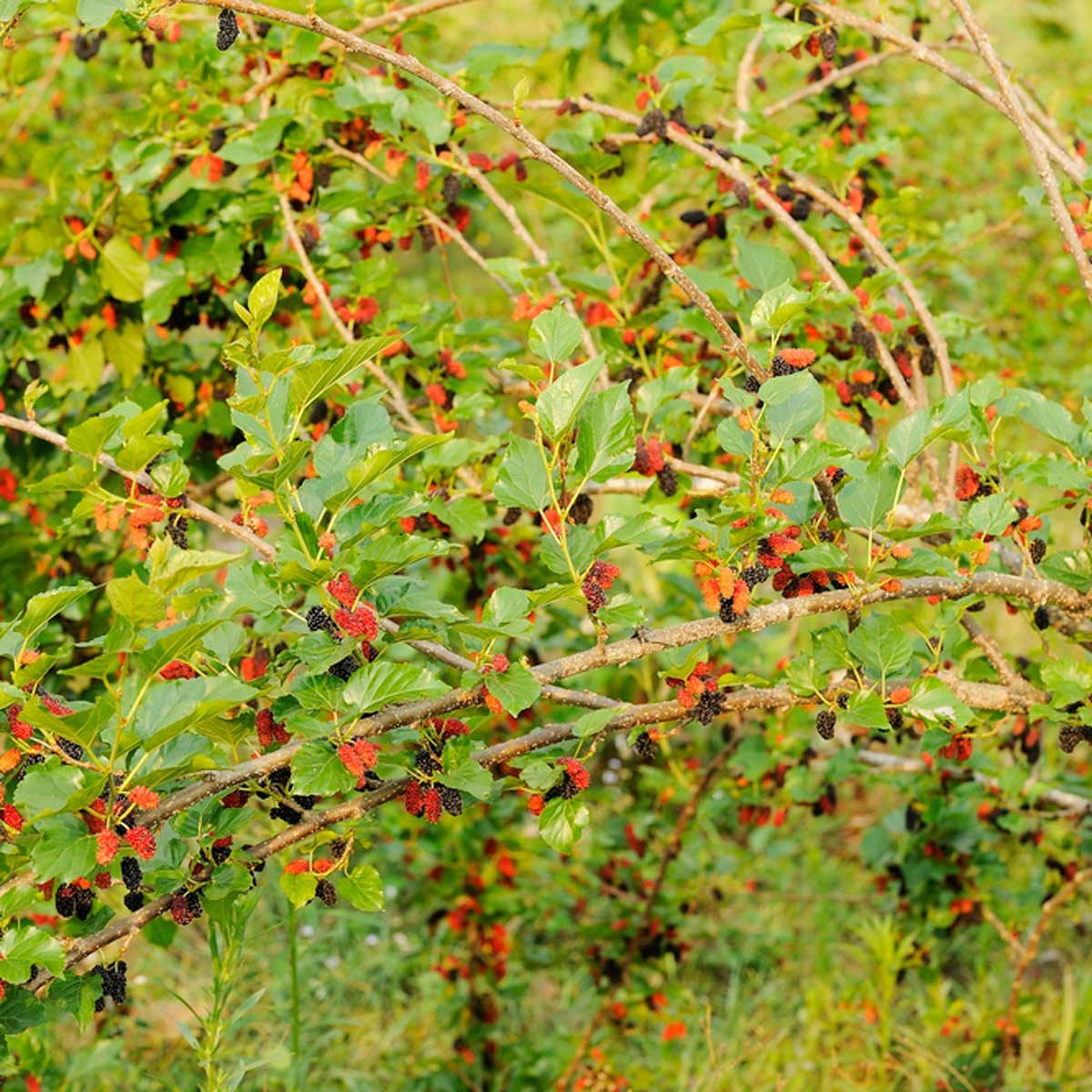 Mulberry (Morus spp.) is a messy tree you don’t want anywhere near your driveway, walkway, porch, deck, patio, pool—heck, let’s get straight to the point: you don’t want this tree in your yard, period. The fruit stains everything it comes in contact with. Yes, the fruit is edible, but it’s rather bland. And the birds get most of it, and then leave droppings on your car. Mulberries also grow readily from seed, so you’ll undoubtedly have more weeding to do in the years to come. 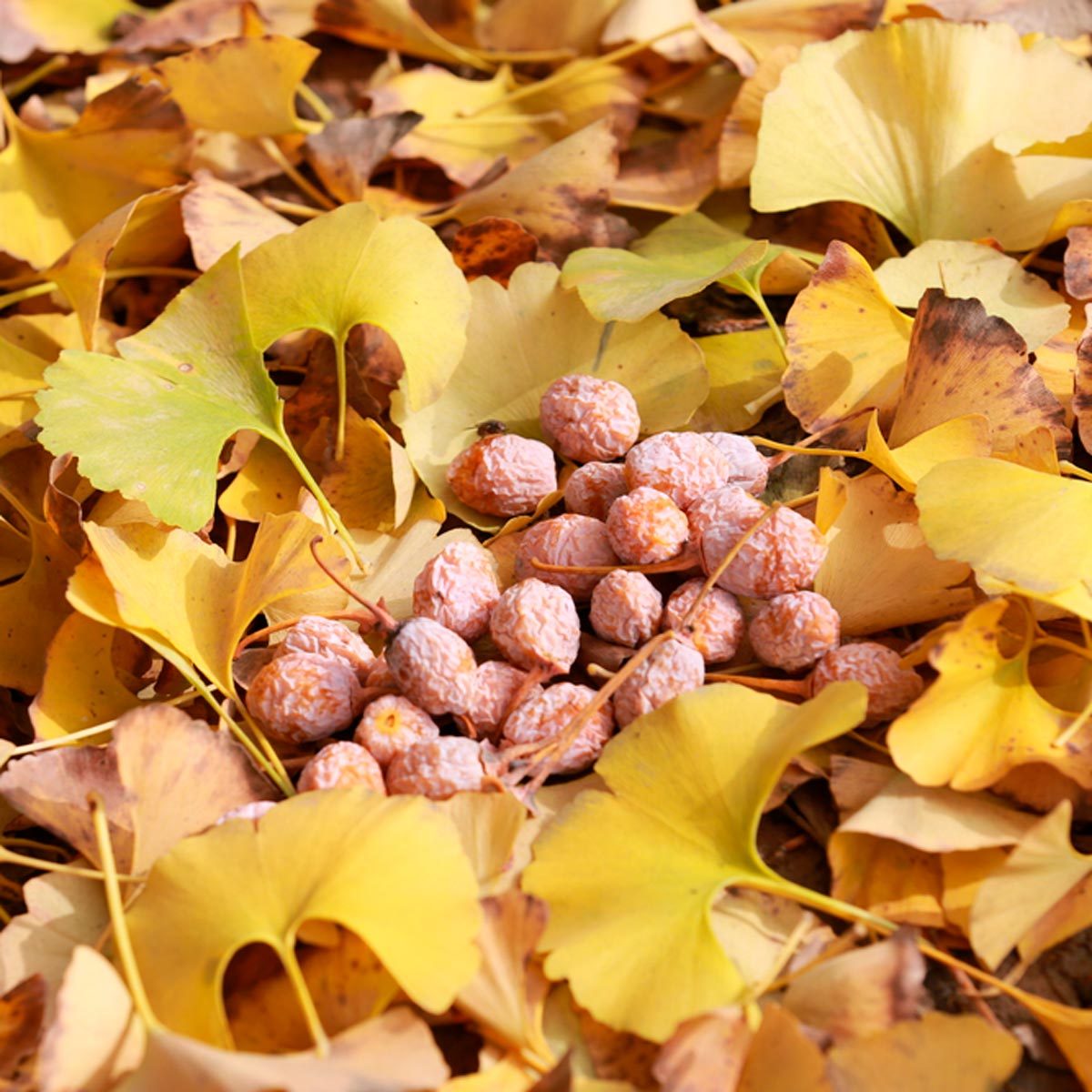 Ginkgo (Ginkgo biloba) is a great tree to have in your yard—if it’s male. It grows at a slow to moderate pace and has pretty architecture, beautiful fall foliage, and a lineage that dates to the time of the dinosaurs. Avoid planting a female ginkgo in your yard, though, because it will drop messy fruit in fall that smells a bit like vomit when it starts to rot. 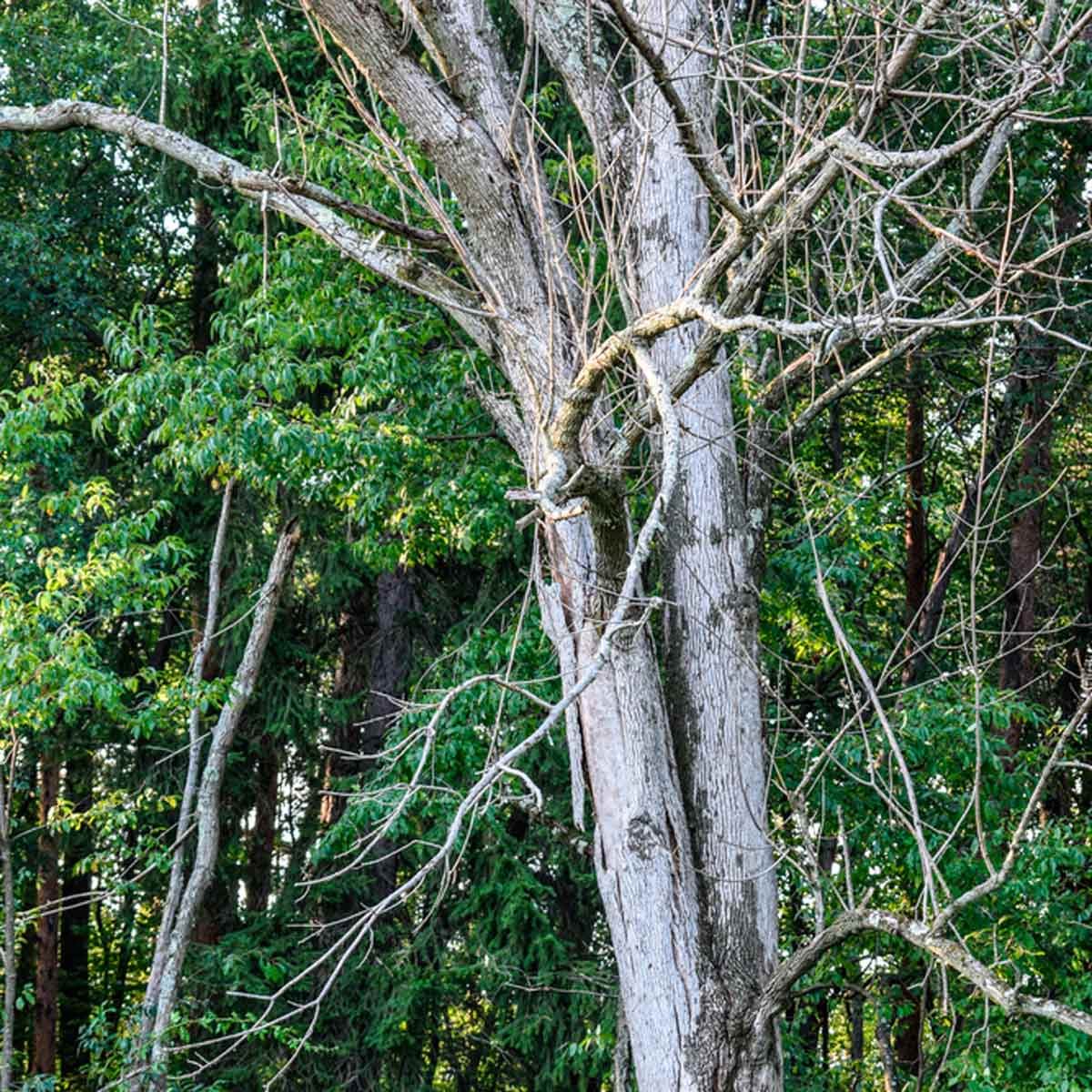 Ash (Fraxinus spp.) is a great tree with many fine attributes. It’s tough, quick growing and has beautiful fall color. But the emerald ash borer is decimating the population of ash trees, so unless you’re willing to pay to have your tree inoculated every two years, you might as well go with a different species that isn’t in mortal peril. Meet 10 great tree species you may want to plant in your yard. 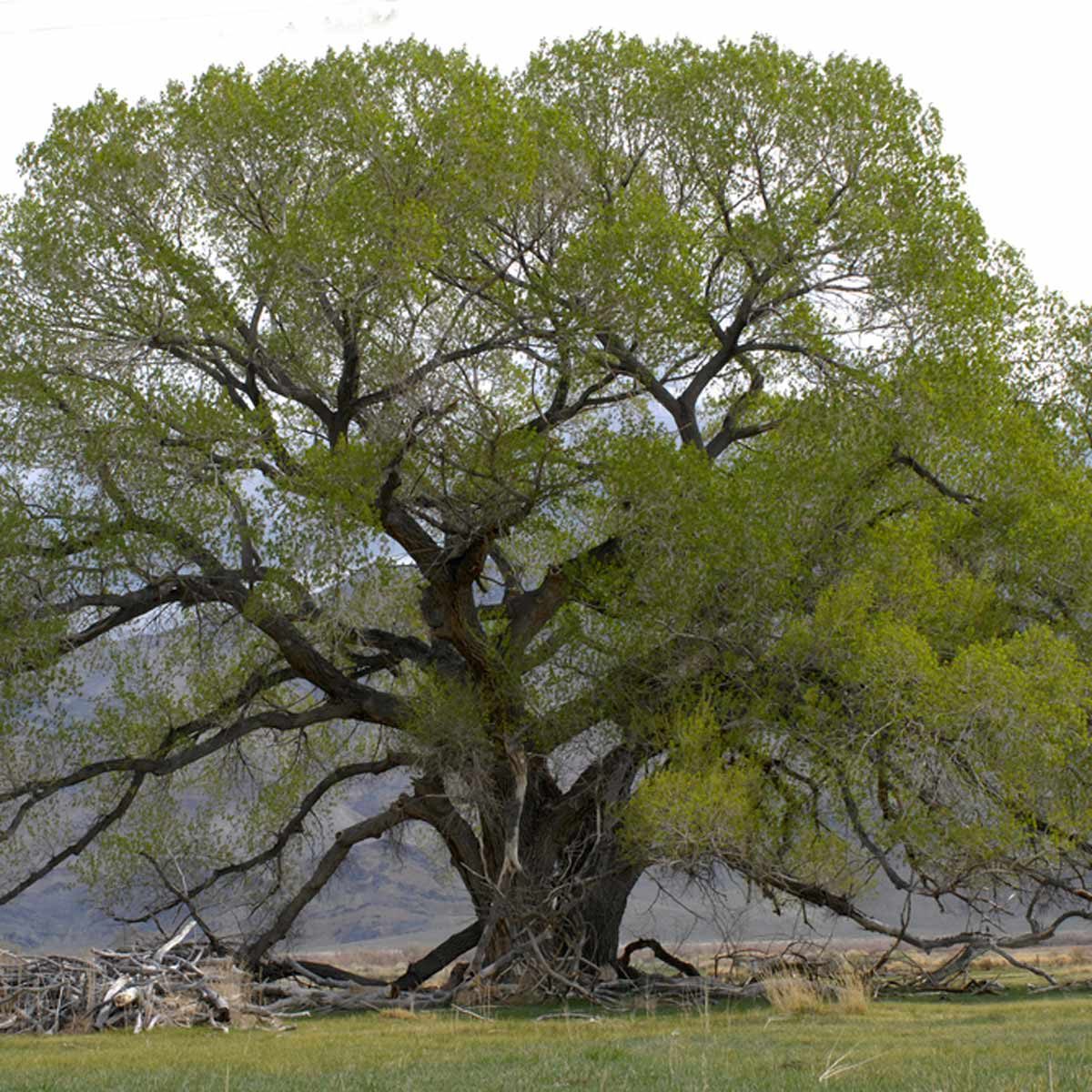 Cottonwood (Populus deltoids) is a majestic, awe-inspiring tree when it matures. But its roots can be problematic around house foundations and it releases cottony seeds in late spring/early summer that can be a nuisance if they get caught up in your window screens. The trees are also messy, continually dropping leaves and sticks. Chalk this one up with the weeping willow: a fine tree in the country or along a waterway, but not necessarily in your yard. 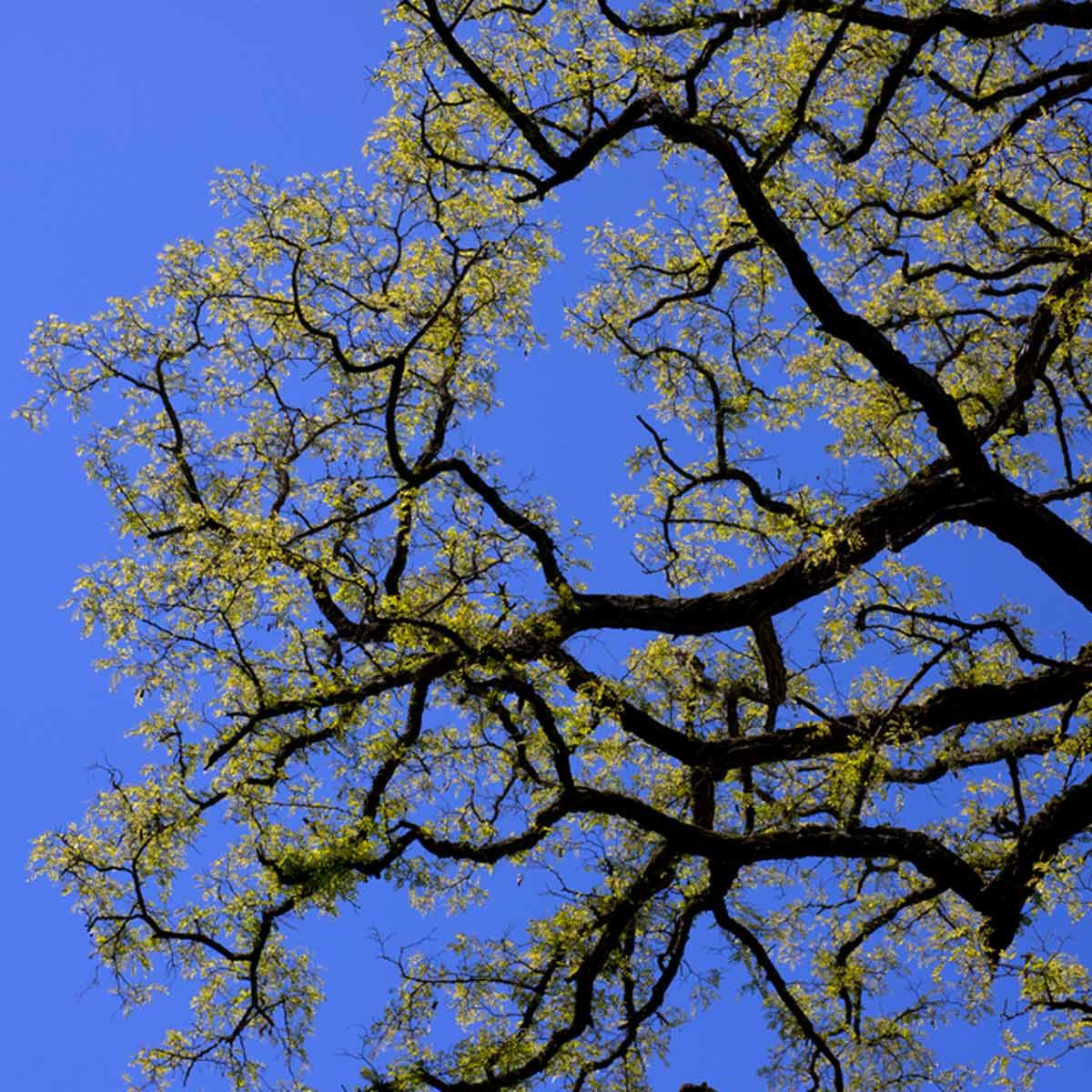 Black Locust (Robinia psuedoacacia) is a fast-growing hardwood tree with fragrant white flowers. The wood is heavy and holds a lot of fuel value, so it’s a good tree to have around if you need firewood. But it’s brittle and has sharp thorns. Also, black locust tends to seed itself a little too generously. As a result, this tree is often a pest and considered invasive in some areas. 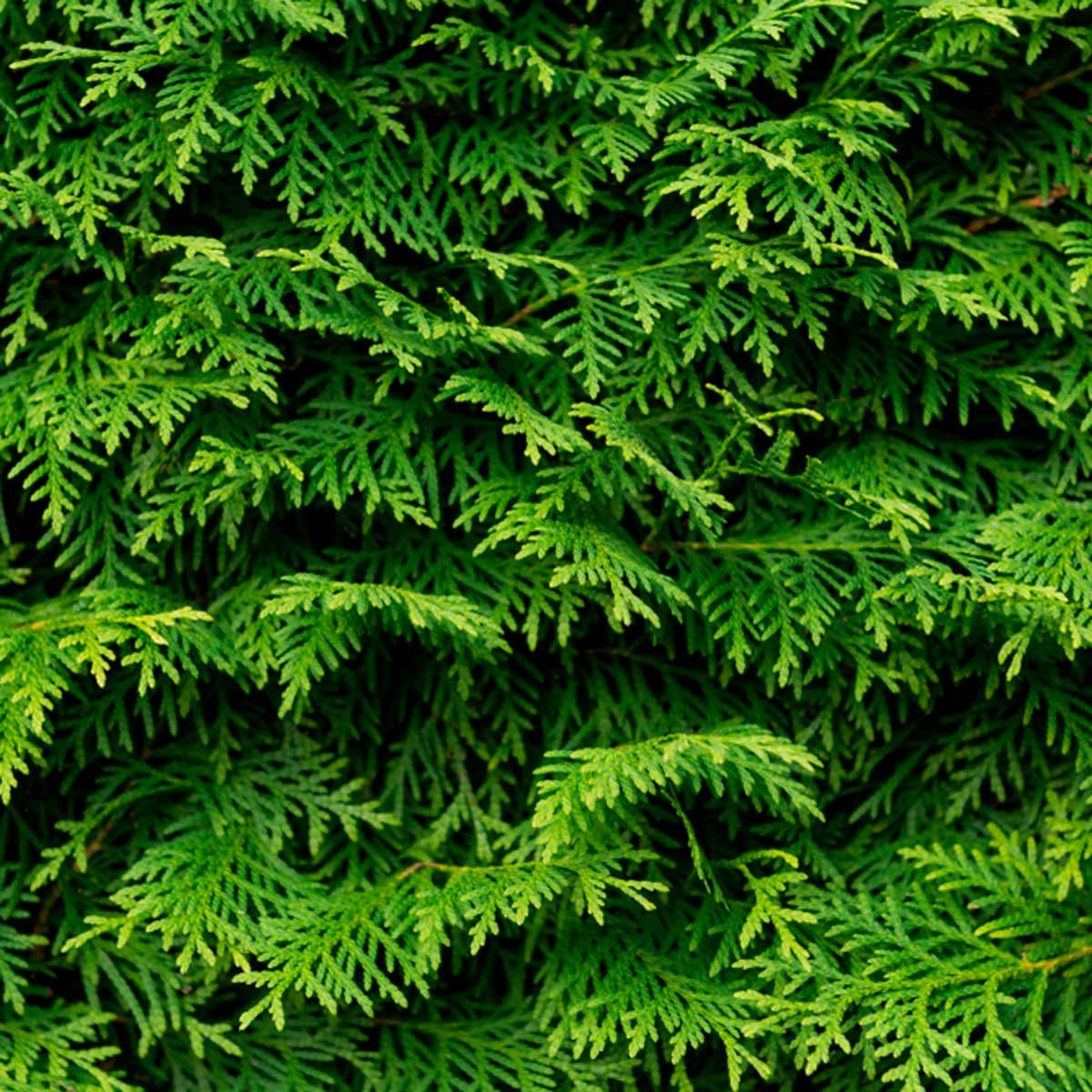 Leyland cypress (Cupressus x leylandii) will give you impressive size in a short period of time. And, it’s thick and evergreen, so many people like its ability to provide privacy. Unfortunately, it soon becomes too big for most home landscapes. It’s also prone to wind damage, disease and drought. 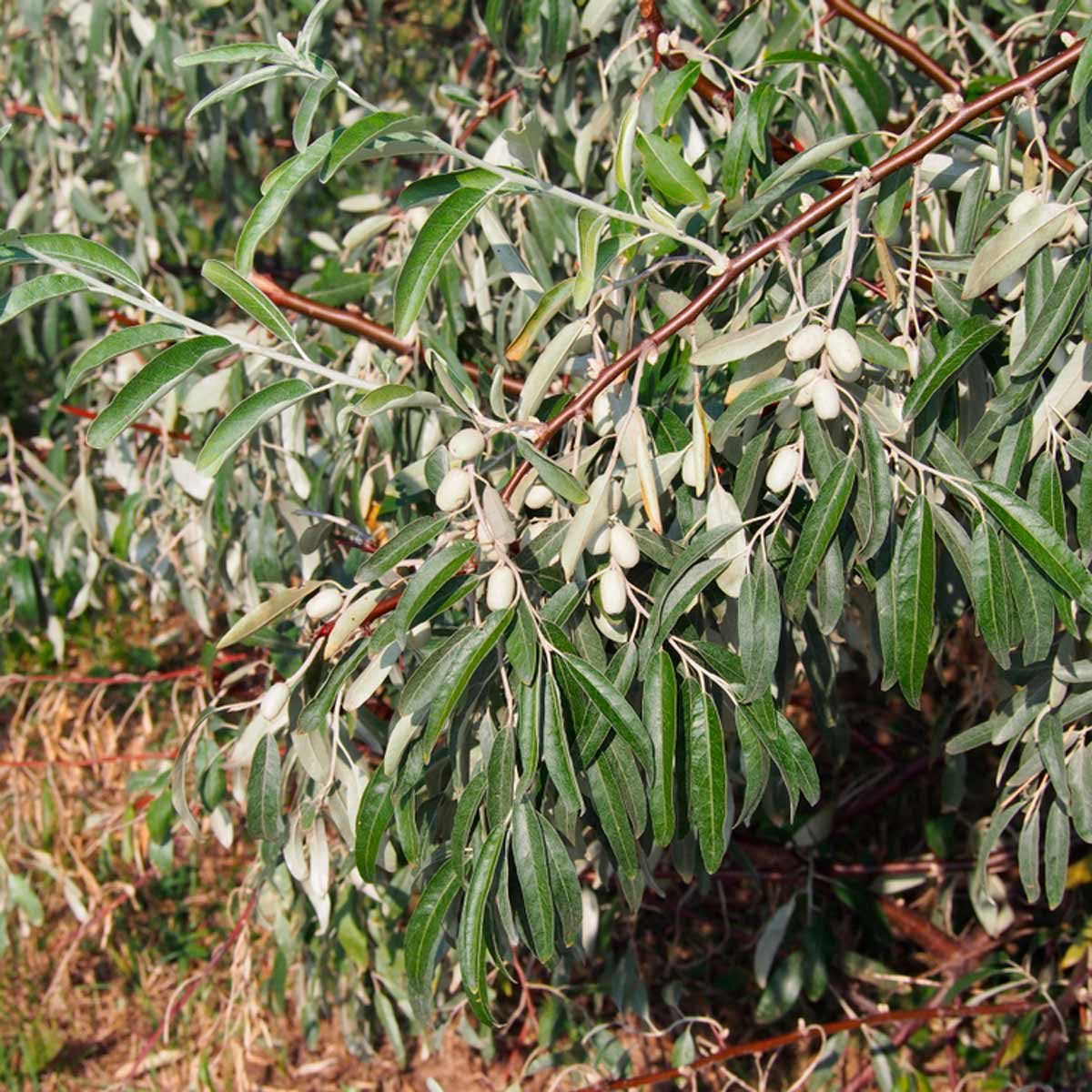 Russian olive (Eleagnus angustifolia) is tough. A little too tough, meaning you can’t kill it. With the silvery white foliage, that might not seem like such a bad thing, but Russian olive is a thug. The fruit is eaten by birds and distributed far and wide. Then the trees sprout into thickets that crowd out other plants. Cut them down and they continue to resprout, making them an invasive pest that should not be sold or planted. 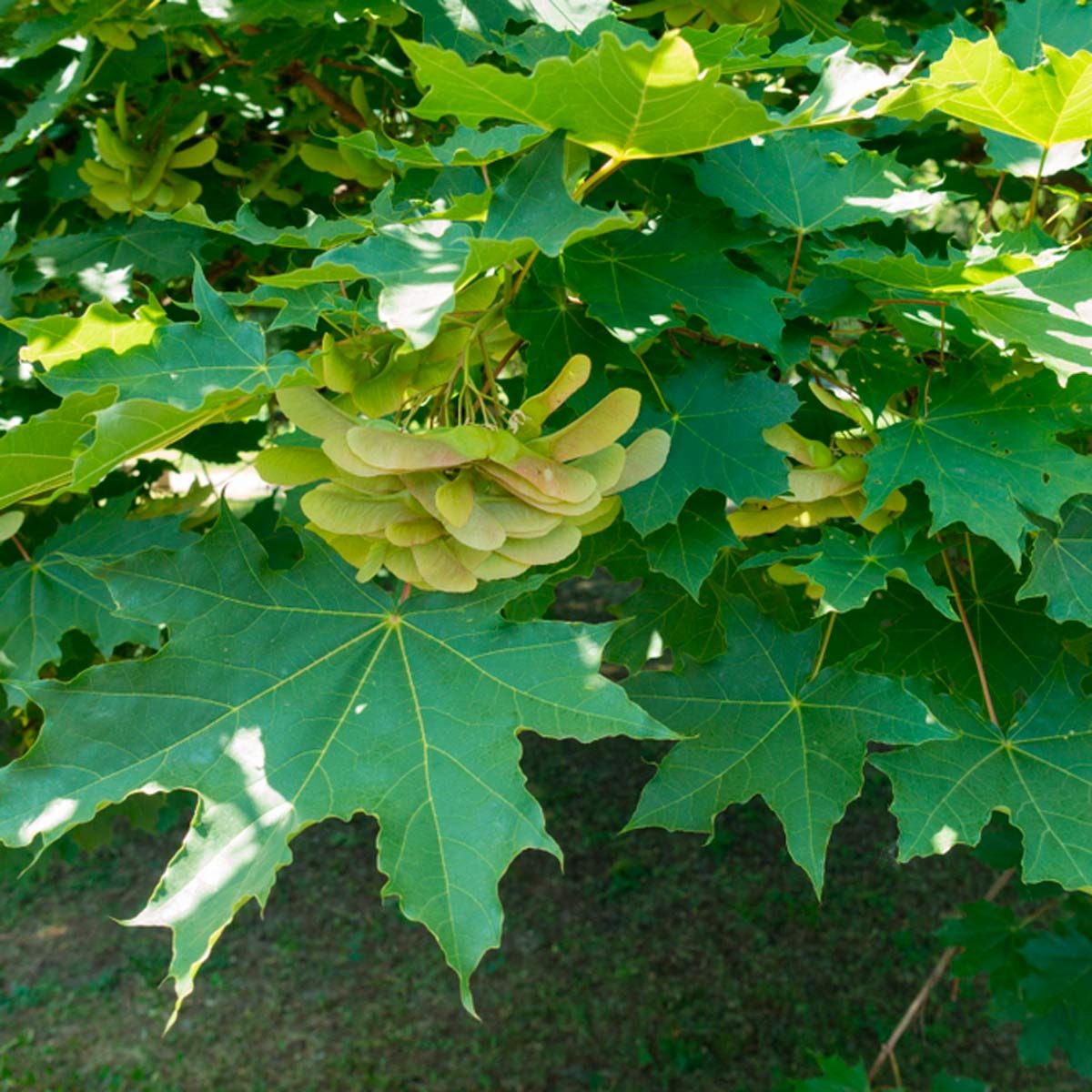 Norway maple (Acer platanoides) was overplanted in the ’60s as a street tree when Dutch elm disease decimated the American elm population. It’s a pretty tree with nice fall foliage, but Norway maples self-seed everywhere—to the point of being a pest. And the heavy shade and shallow roots make it impossible to grow much of anything under them, so landscaping is a real challenge. Here are some helpful tips for landscaping around a tree.

Disclosure: This post is brought to you by The Family Handyman editors, who aim to highlight products and services you might find interesting. If you buy them, we get a small share of the revenue from the sale from our commerce partners. We frequently receive products free of charge from manufacturers to test. This does not drive our decision as to whether or not a product is featured or recommended. We welcome your feedback. Have something you think we should know about? Contact us, here.

Home Programs Vets Should Know About

Mold & Mildew: How To Clean Black Spots In the Bathroom

BURDUN ILIYA/SHUTTERSTOCK Have you ever been taking a relaxing bath, only to look up and notice black mold growing on... read more

October 10, 2019 David Weinstein Decorating for Halloween is a tradition that many families take part in year after year. As... read more

What Color Should I Paint My Walls for the Best Return?

October 14, 2019 Saro Cutri Painting your home is a great way to express yourself and let your personality shine through... read more

Care and Feeding of Brick Siding

August 26, 2019 Rob Morelli Having brick siding installed on your house gives it a classic look. Unfortunately, a lot of... read more

Spruce Up Your House for Holiday Hosting

November 4, 2019 Saro Cutri The holiday season is one of the most-traveled periods of the entire year. People drive and... read more